Category: The Bare Branch: On Seeing, Arts and Ministry 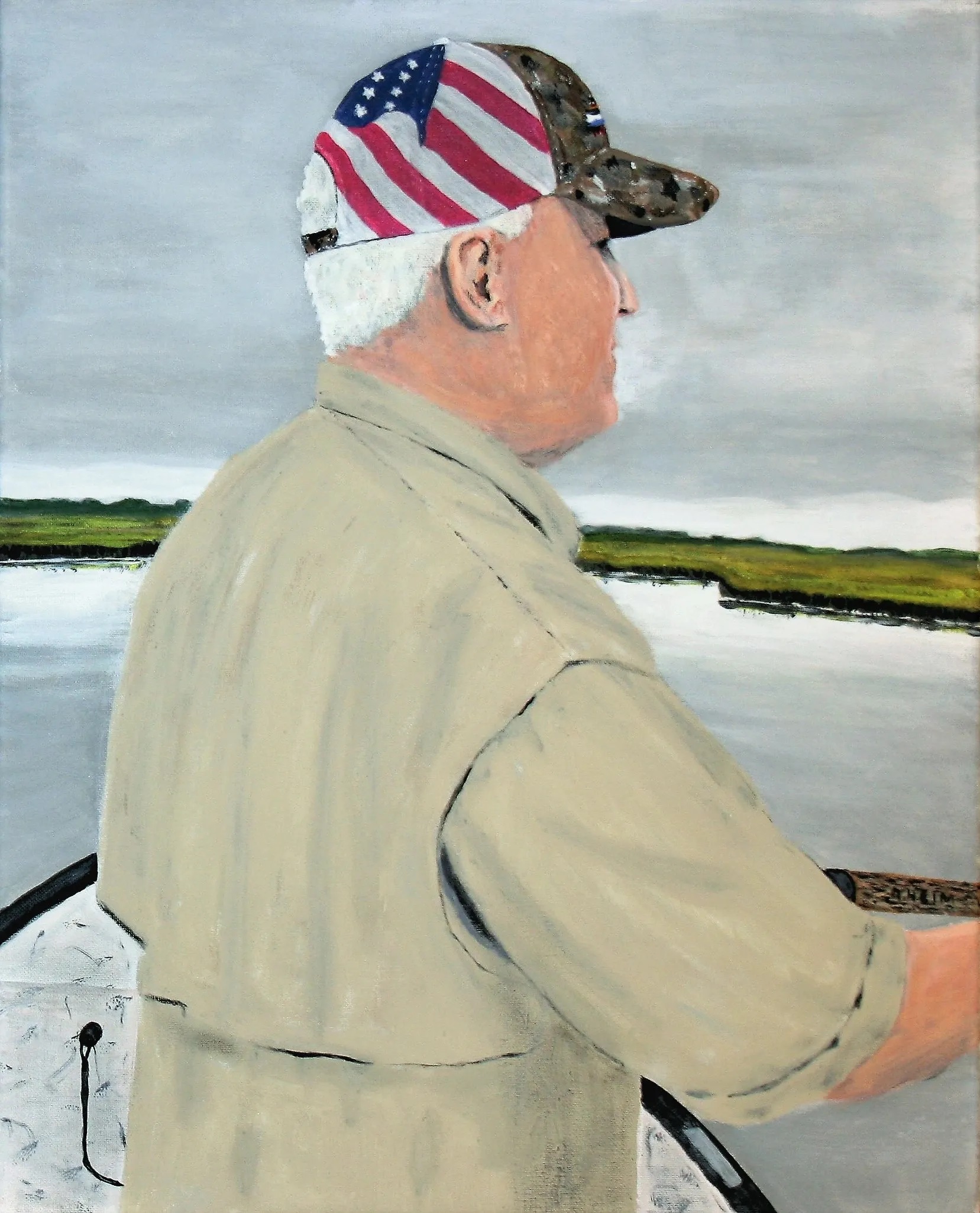 Ralph’s painting journey is a reminder to me that we are all artists, reflecting the image of God in the beauty we create. The creative process of painting connected him with a creative community, opened doors for mission, and the slow, meticulous process of painting invited him to notice the wonders of God’s natural world. Cultivating his craft and sharing his work has blessed the people around him. I love his comparison to “JIT,” which sounds like the movement of the Holy Spirit. Isn’t God’s timing always just in time? Isn’t he always working out the logistics of our lives in just the right way? Our job is to pay attention, to follow, and to be obedient. May we all have the courage to follow the Holy Spirit’s leading, being open to the doors God would have us walk through and allowing the Potter to shape and mold us in his image through the creative process (Jeremiah 18:6; Isaiah 64:8).

O Lord, how manifold are your works! In wisdom have you made them all;  the earth is full of your creatures. Here is the sea, great and wide, which teems with creatures innumerable,  living things both small and great. There go the ships, and Leviathan, which you formed to play in it.
Psalm 104:24-26 ESV 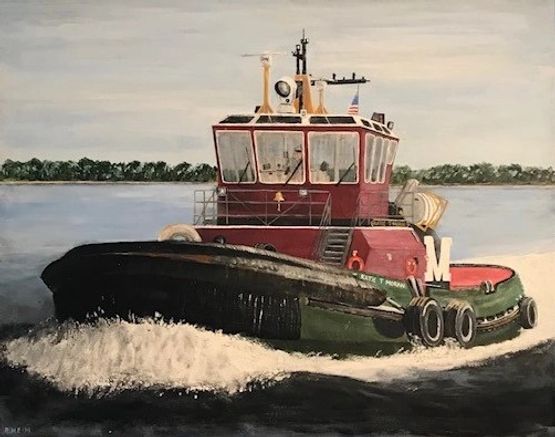 My years in ocean freight transportation were an exciting time in an expanding industry that produced many “firsts.”  The concept of just-in-time logistics, or “J.I.T.” as it came to be known, was one of them. It was all about having a better plan for bringing the right thing to the right place at the right time.

“J.I.T.” is a good characterization for my late-in-life introduction to painting. Painting certainly was the right thing at the right time as I adapted to retirement, but it also came with a still-unfolding array of new connections and interactions that have since crossed borders and oceans, figuratively and literally. All of that from someone with no prior art training or experience. Who would have thought?

Looking back, the first seed sprouted with my 4 year old granddaughter’s request for outdoor Christmas decorations involving her favorite characters from The Land Before Time. A dear friend and painter saw potential in the finished display and she began encouraging me to pursue painting. The tipping point came a few years later when she presented me with a box of supplies: brushes, paints, canvases, and a red apron with my initial “R” big on the front. Bless her! 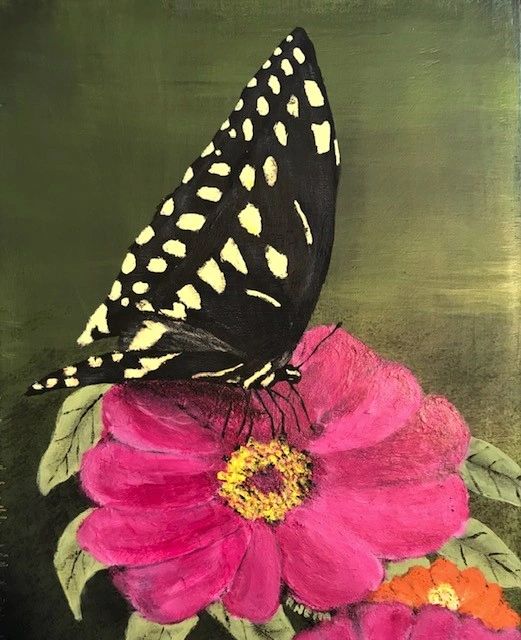 My early subjects were mostly wildlife in our backyard, but I slowly gravitated toward scenes along our river: tug-boats, ships, shrimp boats, the ferry, and bird life. I saw improvement in each new work, and I began sharing them: first with family, then friends, then others. The feedback that I received encouraged me to take an introductory painting class and later a sketching class.

I found that sharing my work connected me in ways that I had not anticipated. In retrospect, it may not have been so much the art itself as it was the process of its creation. It was like a stepping-stone to other circumstances and situations in people’s lives. In one instance, a mutual interest in painting undoubtedly enriched the ongoing correspondence I was having with an acquaintance who was incarcerated. In several others, the give and take of well-intended “critiquing” strengthened friendships and improved my work.  I also found that painting helped me pause to more fully take in things around me that can be easily taken for granted: subjects, colors, and textures.

In a relatively short time, my circle of art connections grew to include social, mentoring/encouragement, ministry, and commercial components. In some of them I was on the receiving end, while for others I was the sender, but in all of them I found new energy and excitement. I’ve since enjoyed several opportunities to exhibit and have a number of works now in homes, offices, and even a ship. 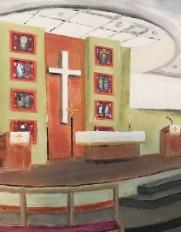 Early on, a business friend suggested I consider making cards from some of my paintings, which I did with success. God has since opened doors for them to make their way into ministry. For my sister’s ordination as a deacon in her church, I was inspired to make blank note cards for her with a painting of her church’s facade on the front. They were well received and used, so I later painted the sacristy of my own church and put it on cards for two subsequent ordinations that took place there. Additional cards went on to be used by the church itself which then led to connections with Love of God Center & Ministries in Samar, Philippines and The Hope of Jesus Children’s Home in Honduras. Again, who would have thought?

While I sometimes kid about “still waiting to be discovered,” I cannot overlook how rich my short art journey has already been. I find its blessings to be ongoing and truly sense the Lord’s hand in it. As to what may be next, we will just have to wait and see how God’s J.I.T. plan yet unfolds. In the interim, I will continue to be thankful for it all and keep on painting.