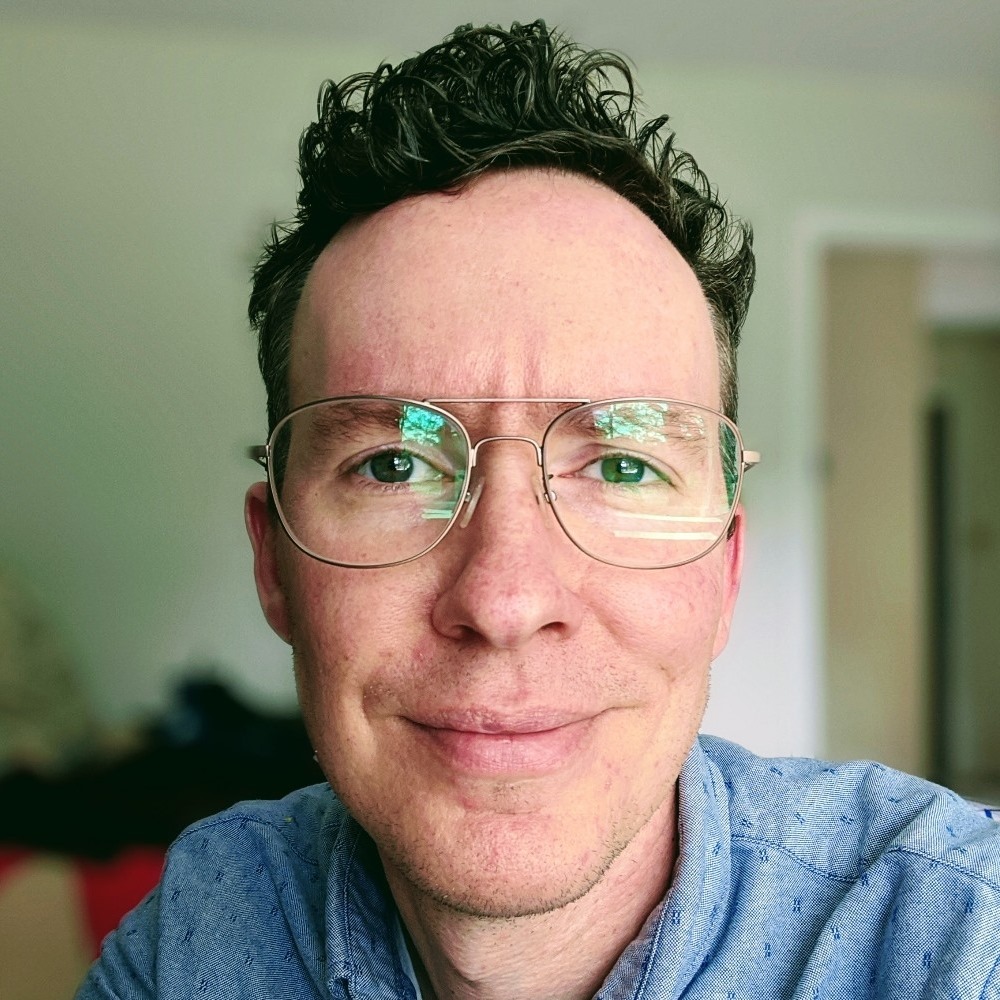 An Interview with Wendell Kimbrough by Catherine Miller

Catherine: Wendell, from what I remember of your story, the Psalms project was an idea that your pastor came to you with. He asked you to write a Psalm each week for the congregation to sing, is that correct? Where did he get that idea, why was singing the Psalms important to him? Why was it important to him that you write the music?

Wendell: My church hired me as a "worship leader / artist-in-residence" in 2014. The artist-in-residence part of my job was very loosely defined, and we were basically making it up as we went along. But one of the first ideas that stuck was when my pastor asked me to write some form of psalm refrain every week, following the lectionary. My church was actually doing some form of what would traditionally be called "responsorial psalmody" before I arrived here. The previous worship leader (a really skilled songwriter) would take a line or 2 from the lectionary psalm and sing it to the congregation. That would then become the sung response between sections of reading. It was more of a spontaneous thing. I had a previous interest in writing psalm settings, so I took my pastor's request as an opportunity to begin composing short choruses that summarized what I thought was the core idea, response, or emotion of the psalm. I think it was important to my pastor that we sing songs that "are us." He says frequently, "what you're writing—that's us." I think he means that the church makes my creative work possible and is proud of that fact, but also that the songs I am writing are rooted in the relationships and culture of our specific congregation. It is important to be in touch with the tradition of the church's music and with what new music is currently blessing the broader church, but it's also important to us that we are making space for the specific voices and gifts that arise in this congregation.

Catherine: How has the process of writing to the psalms changed you? How have you grown spiritually and emotionally through this project of writing the Psalms? Did you include others in your creative process?

Wendell: Writing through the Psalms has impacted me in so many ways it's difficult to discuss briefly. I'll share a few levels. As a worship leader, I formerly conceived of my song selection task as balancing a good diet of traditional and contemporary music so that my congregation was being formed by previous generations as well as present popular songs. But it's no longer about traditional and contemporary for me. Now I see my job as giving my congregation a diet of songs that forms them to be whole persons before God. I want them to be able to sing to God about all of their lives—their anger, sense of loss, and fear, as well as their joy, gratitude, and hope. This is a psalter-shaped pastoral vision that is more Biblical than how I approached it before.

More personally, studying and writing with the Psalms, I learned that I was hiding major areas of my emotional life from God. Anger, for instance, is an emotion that I had learned was wrong and shameful. So I did all I could to minimize or hide my anger from God and others. Through being forced to sing angry psalms in my own words, I learned not only that I have more anger than I wanted to admit, but more importantly, that God welcomes my anger. He is not afraid of it or ashamed of it. Just as he welcomed Job's cries and those of the psalmists, he welcomes my own. He even gives me canonical language (in the Psalms) to express it to him. Putting the Psalms to music in my own words has opened new conversations with God that I was previously unable to have. It has deepened my experience of the Gospel--realizing that God welcomes all of me into relationship with him, not just the parts of myself that I think are presentable.

Wendell: I believe God moves in and through me, particularly through my brokenness and need, to create new songs. The songs of mine that I get the most emails and testimonies about are the ones that came from places of hurt or longing in my life. I'm probably not as charismatic as some songwriters, in that I don't often "feel the Holy Spirit" as I write. But I absolutely believe the Spirit is moving in and through me, both to bring my attention to the places in my life where I need to be honest with God (which often results in songs), and in the actual composition of songs. Occasionally, I write a song and immediately feel a sense of benediction, as if God is smiling at me and delighting in the work I have done. But that is not the norm for me. The norm is more just trying to be honest with God about my inner world and rolling up my sleeves to hammer away at the text or melody that is in front of me.

Catherine: There are many ways to sing the Psalms. We have churches that sing chant with Taize refrains, at St. Peter's Anglican there is an artist who writes Psalm chants for the choir, and I know that you write these short choruses from the Psalms that sometimes become larger songs. What has been the impact of singing the Psalms in this way at your church? Have you (or your pastor) seen spiritual and emotional growth in the congregation from singing the Psalms? Has your particular style of music been able to connect missionally to this particular context in Alabama?

Wendell: One of the comments I most often hear about our church is, "I just love the way y'all do the Psalms." This is from parishioners as well as visitors. So I know the psalms are having an impact on people, but it's difficult to measure. We did the Emotionally Healthy Spirituality course as a church last Fall, and I'd like to believe that singing the Psalms both prepped the soil for that and helped it take root in people's lives. We've also seen the Psalms give us language when our church experienced tragedy. We had a family go through a crisis a couple of years ago and we were able to gather in worship and prayer, using psalm songs that were already familiar to our congregation. I really don't know what we would have sung at that service if we didn't have the Psalms. We probably just wouldn't have sung anything. It was not a time for praise or putting a neat little "it's all going to be OK" hairbow on real pain. It was a time for crying out to God, and the Psalms gave us language to do that.

Wendell Kimbrough is a songwriter and performer reimagining the Psalms for emotionally honest modern worship. His music makes space for the whole range of human experience, from lament, grief, and anger to playful, joyful celebration. With singable melodies, steeped in the sounds of folk, gospel, and soul music, Wendell's songs are sung at hundreds of churches around the world. His music has been featured in Worship Leader Magazine and World Magazine; and Under the Radar Media selected his 2016 album, Psalms We Sing Together, as an honorable mention for albums of the year. In 2020, he was invited to serve on American Songwriter Magazine's prestigious panel of lyric judges. Wendell lives with his wife and daughter in Fairhope, Alabama, where he serves as worship leader and artist-in-residence at Church of the Apostles. In 2020, Wendell began an ambitious new journey, recording and releasing a new song every month to supporters on Patreon.

The Table Mesa: Songwriting and Bilingual Discipleship on Zoom

What is Success in the Life of the Christian Artist?

From Mourning to Dancing

Singing With the Spirit