Evensong to celebrate the ministry of The Right Reverend Neil Gedney Lebhar on August 26, 2022 at 5:00 pm. Read More. 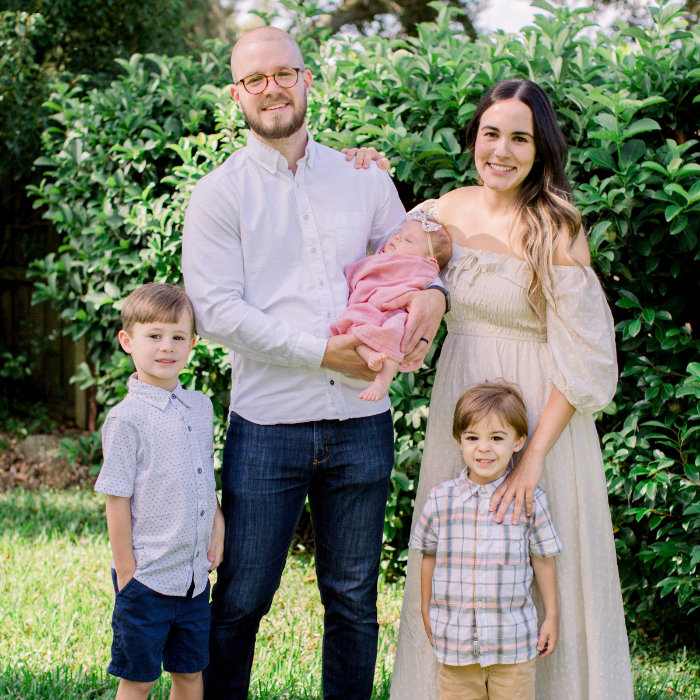 Nick Audas spent ten years ministering on college campuses with CRU (Campus Crusade), and more recently, serving on staff at a church plant in New York City. Now he is embarking on a new mission—planting an Anglican church in the heart of Orlando with the Gulf Atlantic Diocese. Bishop Neil and I recently traveled to Orlando to meet and celebrate Holy Communion with about fifteen members of this budding church plant, called The Common Table Church, and the presence of the Lord was tangible in our midst.

A gifted worship leader with a graduate degree in church planting and missiology, Nick has a passion for helping others encounter Jesus and follow Him into the local church. His wife, Sofia, originally from Venezuela, along with their three young children, share this passion for family ministry, discipleship, and missional hospitality. Many of the initial members of their congregation are on staff with CRU at the national headquarters in Orlando.

I originally connected with Nick through providential circumstances, to say the least. A married couple from my parish was walking along the beach in the Florida panhandle, and as they passed by Nick and Sofia (the only other people on the beach that day) they had a mysterious sense that they were Christians and that the Lord was nudging them to reach out. They approached and struck up a conversation. As they heard Nick’s testimony, his background in campus ministry, and his dream to multiply churches, they told him, “We have to connect you with our friend Taylor!” They exchanged numbers, and upon returning to Tallahassee, insisted that I call Nick.

After dragging my feet for a few weeks I finally reached out. And here’s the most eerily providential part—not simply that Nick and I did indeed become fast friends, and not even that he had been interested in joining the Anglican church for years—but that we realized that someone on the other side of the country had also tried to connect us almost two years earlier! Back in 2019, Nick met an Anglican church planter in Chicago who had told him the same thing, “I have to connect you with my friend Taylor in Florida.” We even found an old text thread from that time that we had since forgotten about. Clearly, God had plans to connect us, and even when we had dropped the ball, the Lord went so far as to send two of my parishioners to a random beach in the Florida panhandle in order to re-establish the connection!

Over the last year, Nick has formally joined our diocese and become a Lay Catechist (or lay pastor) within the Greenhouse Movement, a missionary society within the ACNA. In addition to his previous seminary degree, he is pursuing Anglican studies through St. Paul’s House of Formation and hopes to eventually pursue ordination.

The Common Table Church, starting up this month, is our first Gulf Atlantic Diocese church plant in the Orlando area, but it will not be the last. Indeed, while Bishop Neil and I were visiting with Nick in Orlando, we also spent a day with a priest named Cameron who we met through his connection with Nick. In collaboration with the Very Rev. Keith Allen, Dean of the Southern Deanery, we have green-lighted Cameron and his sizable team to plant in nearby Altamonte Springs…but that is a story for next time. In the meantime, pray for The Common Table Church, and for our diocesan expansion into the Orlando area.

Church Plant Creates Community in the Midst of COVID

Helping the People of Ukraine

From Planting to Building